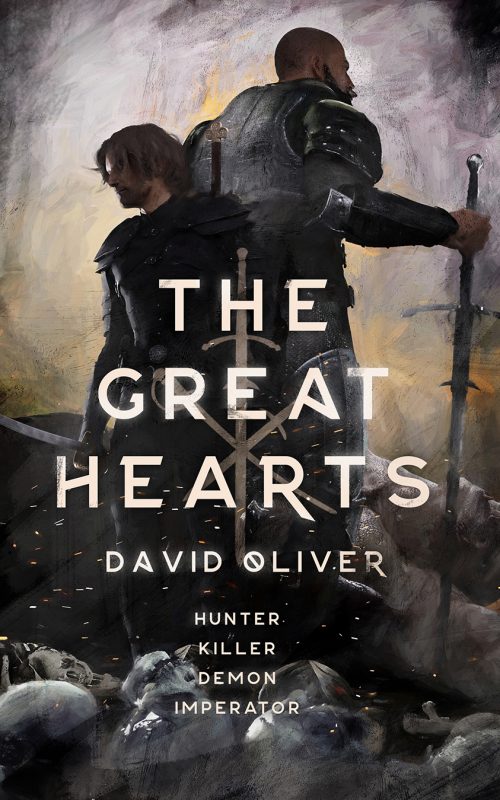 Who are these Great Hearts and why are they so great you ask?

Well, that’s not an easy question to answer. Let me put it this way, if you like fast paced coming-of-age stories with monsters, cannibals, dark magic and epic sword battles then this is probably for you.

I know that this hasn’t answered the question, and neither will the below description, but maybe it will intrigue you enough to give it a read…

You can also listen to the story here on Audible – if you’re not already a member you can get the book for your free trial!

Imperator. A word synonymous with fear, pain, loathing and, for a chosen few, the sharp end of a blade. The voice of the Emperor, an Imperator is the perfect weapon, skilled in combat, politics and strategy and moulded by years of punishing training. They are the hidden assassins, the enforcers of the Emperor’s will.
They are the hunters of the unknown.
Calidan Darkheart is an Imperator, a self-professed killer and an adept hunter of the creatures that most citizens of the Empire do not realise exist.
Together with his hulking companion Cassius, he hunts the beast that slaughtered their home village.

Pity those who find themselves in their path.

Calidan and Cassius were bright young boys, living peaceful, happy lives in a remote mountain village, until the day everything changed. Once the screams have subsided, and with the horrors they have seen embedded in their minds, they embark on a journey of survival, fraught with danger, strange magic and dark deeds. Unbowing and undaunted they push forward, striving for power, making lifelong friendships along the way, and above all else, discovering the truth behind the magnificent, mythical Great Hearts.
Young Calidan is a boy full of hope and courage, driven by the past but not ruled by it.
Old Calidan is a bitter and twisted killer of monsters and men, his past haunting his dreams.

This is his story.